The brainchild of founding members Bruce Power, The Conference Board of Canada and Workplace Safety & Prevention Services, the CEO Health + Safety Leadership Network is a group of leaders – CEOs, Directors, operational and informal leaders – who are stepping beyond the bounds of their own organizations to spur health and safety transformation on a much larger scale. Minerva is proud to be a member in this initiative.

Minerva becomes a partner of the Campbell Institute

Minerva Canada became a partner in 2014 of the Campbell Institute run by the U.S.-based National Safety Council (NSC), Minerva has access to important leading practices in health and safety from Institute members and will be sharing its own Minerva educational programs and activities with NSC members and U.S. universities and colleges.

Congratulations to 2015 winners of Minerva Canada Education Awards of Honour

2015 Business Student Award in Health and Safety – first prize to Simon Fraser University
Minerva Canada was proud to be the platinum sponsor of a Health and Safety competition during the 2014/2015 Intercollegiate Business School Competitions (ICBC) held at Queens University. In January 2015, members of the Minerva Canada Board of Directors judged the six finalists in the Human Resources Venue that involved the analysis of a case study focused on sustainability and a company’s social license when introducing new products and technologies. Minerva Canada wishes to congratulate the student teams from Simon Fraser, Dalhousie and Concordia universities for placing in the top three positions respectively within the Human Resources Venue. The ICBC case studies sponsored by Minerva Canada are on this website (see Teaching Resources, Case studies). Minerva Canada plans to continue its sponsorship of ICBC in 2016. More information about the ICBC can be obtained by going to http://icbcqueens.com/ 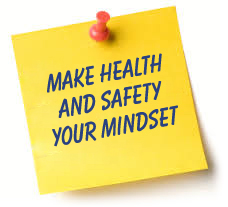